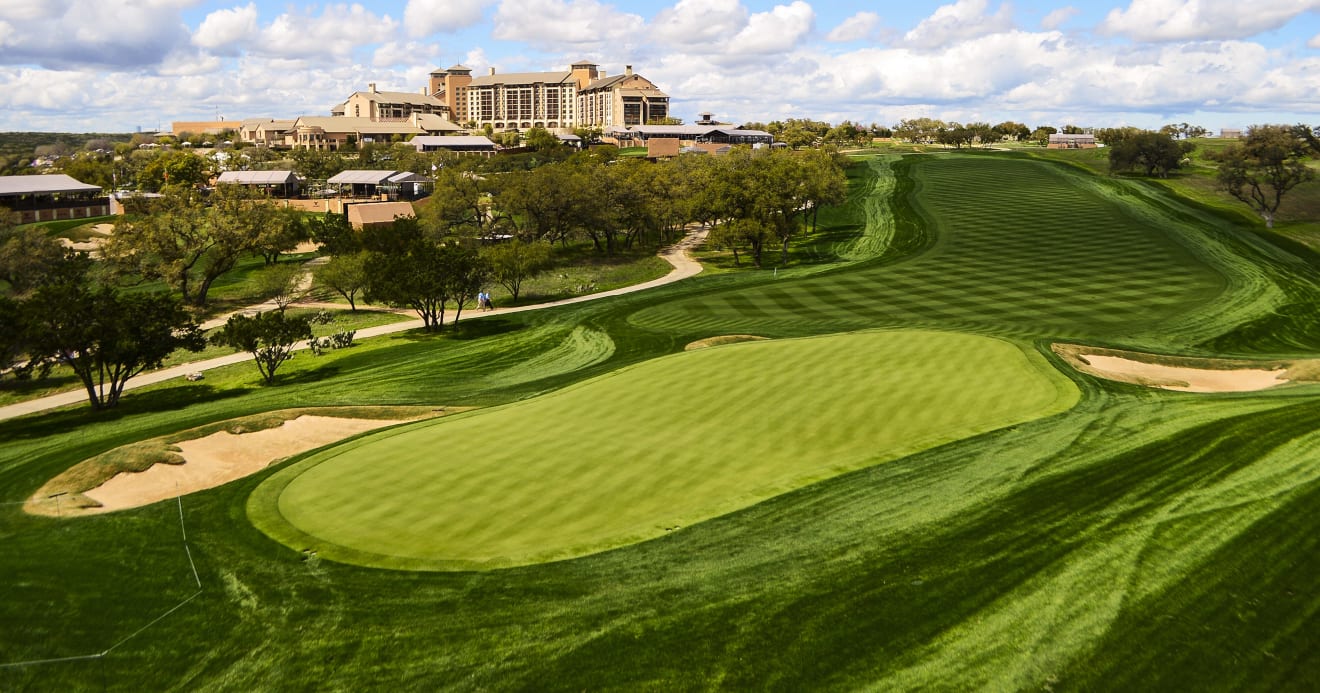 It will be a special weekend at the Valero Texas Open as the tournament celebrates its 100th anniversary and welcomes a number of top names to TPC San Antonio.

Walter Hagen, Ben Hogan, Sam Snead, Arnold Palmer and Lee Trevino are among the legends to have won here while Jordan Spieth joined them on the list last year.

It ended a barren 1,351-day run without a tournament victory for the 28-year-old Texan, who went on to tie for third place at the Masters the following week.

“My preparations look very similar,” said Spieth. “Last year I was knocked out of Austin on Saturday, took a day off, came down and practiced in the afternoon. Didn’t play any holes, then played nine and nine.

“I know the course well enough to the point where I don’t feel like playing 18 or 27 or 36 holes prior to this tournament is going to serve me much better and could actually wear you out a little bit with this wind.

“The idea that you obviously want to play well this weekend. I want a 10-day stretch of peaking from Thursday through the next Sunday, so I’m trying to save energy. I did that a lot last year too, and I felt like I was primed by Sunday.

“I’m just trying to do the exact same thing, which is not very different from any other week to week as well. I would say maybe a little bit more dialling on a couple shots, thinking about next week, that could only help for this week.”

Only five professional tournaments in the world have been running longer than the Texas Open while it is the third oldest on the PGA Tour and can claim to be the event held the longest in the same city.

The Japanese world number 12 won his first major on the back of finishing tied for 30th in Texas the previous week and becomes the first defending Masters champion to compete in the tournament since Johnson won at San Antonio in 2007.

Rory McIlroy will be present after skipping the WGC-Dell Technologies Match Play last week while Bryson DeChambeau looks to have shaken off his recent injury worries and will also tee it up this weekend.

“Bryson is one of the most dynamic players in the game and we are thrilled to add him to the list of competitors for this year’s historic tournament,” said Larson Segerdahl, the tournament’s executive director.

Abraham Ancer may compete under the Mexican flag but the 31-year-old was born in Texas and is now a resident in San Antonio, so boasts a wealth of experience at the venue.

“This is the golf course that kind of prepared me to where I am now,” he said. “When I first moved to San Antonio, I made this my home course.

“I live just down the road and practice here every single day for at least four years and this is a place that is special to me.

“A lot of my family and friends come to this event and I always have some people obviously that come out to this event and cheer me on. It’s always fun to play in front of them. So it definitely feels like home now, for sure.”

Ancer and co will be looking to tame the par-72 7,438-yard Oaks Course, which was designed by Greg Norman in collaboration with Sergio Garcia and opened in 2010.

All this comes with the backdrop of the Masters being just over a week away, of course, and while many eyes will be on Hill Country there will also be a large part of the golfing population checking to see whether Tiger Woods is in the field at Augusta National after playing a practice round on Tuesday. Watch this space…