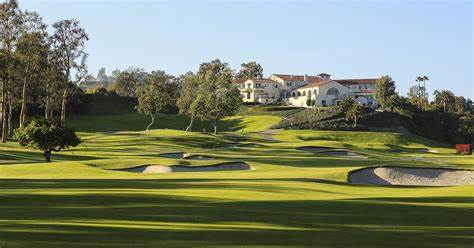 No point pretending otherwise, the Genesis was a disappointment.  Having tried to keep some reliable putters onside, none of them performed on the greens.

No point pretending otherwise, the Genesis was a disappointment.  Having tried to keep some reliable putters onside, none of them performed on the greens.  A quick look at the final leaderboard showed that this was indeed a key stat to get into contention – we just didn’t land on the right players.  It was a strange week in this regard, with all of the top six posting great putting numbers that were out of kilter with what we have come to expect from them.  Yet many of the typically reliable putters (such as Noren, Cantlay, Johnson, Smith, Tringale, Burns, Smith) went in the opposite direction.  More than any other aspect of the game, putting stats can swing wildly, so we may just have to chalk this one up as a funny week.

In fact Cameron Tringale (T13) was the highest placed on the leaderboard with a negative SG putting, so it’s a real shame he didn’t have a slightly better week with the flat stick, as it would surely have been enough to secure us a nice each way payout and a small profit on the week.

While the outrights were a write-off, we roughly broke even on our other selections.  Opposing Spieth was the right call, despite his hot start, and landed us a couple of nice match up wins.  It was a shame that Cantlay failed to hold onto a four-shot lead over Rahm going into the final round, as this would have brought us close to breaking even, which all things considered would have been more than acceptable.

Despite a couple of losing weeks, we’re still running at 286 points profit (for 42% ROI) across all selections for the nine tournaments that we’ve been running our final testing phase.  And our outright selections are showing an even healthier 133% ROI.

If you want to subscribe to our newsletter, please submit the form below.